Jones Ndzi was raised in the North West region of Cameroon in Africa. God gave him new life in Christ in his mid-teen years and upon graduating college he sensed a call to vocational pastoral ministry and set out to pursue that calling. He holds degrees from the University of Dschang, Cameroon; the Cameroon Baptist Theological Seminary; and the Southern Baptist Theological Seminary where he earned a PhD in biblical theology. Jones previously served in pastoral ministry at Trinity Baptist Church, Douala, Cameroon and Immanuel Baptist church, Louisville, KY. He also served for over three years as an International Teacher with Teaching Truth International. He is an adjunct professor of Bible and theology at Bethlehem College and Seminary’s extension site in Cameroon. Jones is married to the love of his life, Nicoline, and they have five sons. Pastor Ndzi’s role at Grace includes preaching, shepherding and the training of men for the ministry.
jones.ndzi@nullgmail.com

Stu Johnston was born in Charlotte, NC but grew up in a suburb of Atlanta, GA.  Converted at the end of high school, his college years in SC at first Furman and then Clemson were formative in his early Christian development.  Stu received his theological training from Trinity Ministerial Academy in New Jersey.  Having become part of Grace Reformed Baptist at the end of 1989, two years later, in January of 1992, he joined Pastors Gary Hendrix and Charles Fortner on staff.  Presently, he focuses on preaching and shepherding, with co-pastors Michael Lopes, Jones Ndzi, and Stephen Byrd. Stu and Beth have been married over 35 years.  They have three adult children, all married in the Lord.  And they have been blessed with seven (and counting) young grandchildren.
stu@nullgrbc.net Stephen spent his childhood in Ohio and Virginia. He has received degrees from Liberty University, Virginia Tech, and the University of Virginia earning a PhD in special education. After several years of classroom teaching, Stephen now prepares teachers to work with children with special needs. He and his wife Lori have four young adult children who they homeschooled and now love to watch serve the Lord in their own capacities.  Stephen was converted as a boy and has always loved to learn and study the Bible.  After moving to this area in 2005 and serving as a pastoral intern, he was ordained as a pastor in 2012. His ministry responsibilities involve leading worship services, college and career ministry, pulpit supply, counseling, and event planning.
estephenbyrd@nullgmail.com

Michael was born in Silver Spring, Maryland. He attended East Carolina University in North Carolina for his undergraduate studies and received his Masters of Divinity from The Southern Baptist Theological Seminary in Louisville, KY.  Michael worked for Campus Outreach for 8 years at Elon University in Burlington, NC and at George Washington University in Washington, DC.  Michael was called to be a pastor of Grace in 2017. He is married to Mary and has two children. Michael preaches and teaches regularly and is actively engaged in discipling ministries. 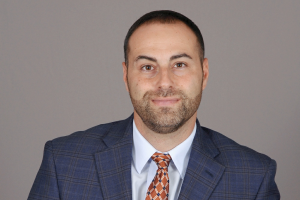 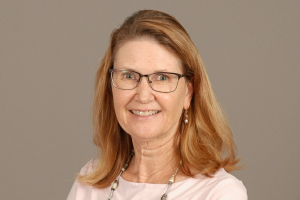 Holly was born and raised in California. She attended Rutgers University in New Jersey for her undergraduate studies in Computer Science and Durham Tech for Web Technologies. Holly was called to office support for Grace in 2015. She has four children. Holly provides computer application and office administration support to the pastors, deacons, and various ministries of the church family.
office@nullgrbc.net